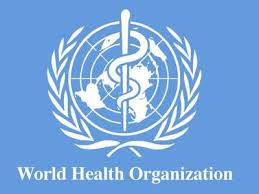 In the Ayurveda Journal of Health, Fall 2018, there is an interview of Dr. G. Geetha Krishnan, of the World Health Organization (WHO), where he discusses how the WHO views traditional systems of medicine (TM), including Ayurveda, as important elements in achieving the goal of universal health coverage, within the broader framework of SDG 3 (Sustainable Development Goal 3). The traditional medical systems are understood as an integral part of the health system, and WHO realizes their role. He states that WHO’s involvement will have a very positive effect on the practice of Ayurveda across the globe and they will be publishing benchmarks for the practice of Ayurveda in 2019–2020.
He also states that Ayurveda is seen as a system of medicine by many people across the globe, though a large number of people see it as a kind of massage, or an herbal product. Nevertheless, in recent years the perception is largely transforming to be predominantly that of a healthcare system, which can not only take care of your illnesses, but also keep you healthy.
Posted by Chaya~Sharon Heller at 7:28 PM